Democrats are Soft: Bill has been right about Democrats for years now; They’re SOFT …. they run from the fights; they lay down and take it; Every single time they just LET the other side get away with it; The few who “Do” fight … I respect a ton; for real; got myself kicked off twitter supporting them b/c the people they PUNCH in the MOUTH don’t like us pointing out, that they need to be punched in the mouth; It’s okay for them to be violent to people who are doing nothing at all to them; but if folks wanna Harm the Harmful …. all of a sudden … that ain’t right; to the … alt-right;

But, that’s why Obama wasn’t ‘as successful’ as he Could have been — His ‘side’ is SOFT; they didn’t fight; Democrats didn’t go to war for their guy; they allowed the other side to block everything Obama put forth; making every single decision a battle, a debate – several of which Obama lost;and that’s how Trump got in; Dems refused to just SEE the reality that MAGA showed us all; we know who they are; We’ve seen this MONSTER before;

Feeding off the life forces of anyone who gets in their way; they’ve Always been a Danger to society; always; a snake (don’t tread on me snake) has venom in those teeth even when they’re Not Using them ……… but a snake is waiting for the right time TO use them; and frankly, the snakes need to be put down, before they strike; BUT … that isn’t how Dems approach things; That’s “why” there is a ADOS movement happening right now.

That’s also depressing – because black people who are ADOS, and those who are Not, are … Beefing …….. smh; and it’s sad to see;

There are even some who are ADOS who are beefing with ADOS because they don’t like the idea either; and basically want to see more black people voting, for the Soft ass Democrats; a party I’ve honestly voted for most of my life as well; – but – to be real;

I fully disagree’d with Tariq and others in 2016 on NOT voting at all; ‘but’ he too got on board with the ADOS aspect of it; clarified what he was ‘trying to say’ last time; and it actually does make sense; Because at no point in the history of this nation have Black people been made whole; So the ‘goal’ is … No vote for ‘either side’ unless you’re coming with an agenda, for black people.

Seems like the issue though, is those who are ‘left out’ have decided to protest LOUDLY – almost on some, if I can’t have some, you can’t either …. and that’s disheartening; because while many of them were enslaved else where; why not seek reparations from those governments, And the US, who I’m sure were involved – for ADOSE … (e for elsewhere) – and then both groups, could work “TOGETHER” To get the benefits OWED :::

:: smh, you see they got Us black folks on some, We don’t MIND Fighting … especially with one another …. shit.

………… meanwhile, many of the main Democrats coming out, already, have said Nah, we not about to put nothing out ‘For black people only’ …. because….. 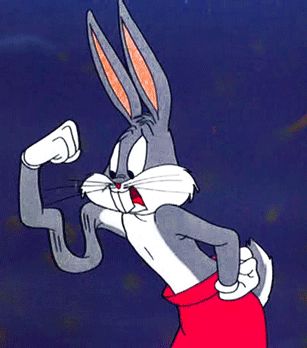 They don’t wanna stand up to the “RIGHT’ and say yea, we gotta pay this debt back; we gotta make this right; Financially; WITH educational benefits; I’d even say Repairing the Justice System is a MUST as well; since it HELPS with the continuation of the CYCLE that simply has NOT been broken in this nation; In fact, all the talk of all the ‘change’ is the main agitator FOR the ‘right’ .. the ‘fragile white supremacists’ – as we saw evidence of the other week, in New Zealand; Horrific mentality; on full display; and it’s all the SAME rhetoric we hear from THAT ‘side’ – all the damn time; Again, b/c a Snake has Venom in its teeth ………….. at all times;

Any “Human Being” who actually does not understand that we are ALL Human Beings …. is a Snake ….

They are a Reptile; they are the “Root of all Evil” – a genetic defect in humanity that has to be removed; and every step needs to be taken; ‘not suggesting violence; tho some do need a punch in the mouth’; repairing the entire system will help repair the damage that has been caused ‘to humanity’ by how this nation was founded;

The very mindset created in the PEOPLE of this Nation; was wrong from the start; —– And we Have NEVER fully FIXED it —- > when people say shit like we’ll NEVER fix it; Those people need a Muzzle; because that’s a LIE; and TRUTH is we can FIX anything we ATTEMPT to fix; but when we are not even ATTEMPTING To fix shit … then duh … yea .. it’ll never be fixed…..

WE need to recognize and Acknowledge the TRUTH so many of you have heard and yet, have chosen to TUNE OUT — the truth that, the CIVIL RIGHTS ‘movement’, which initially WAS intended to FIX america, fixing issues black people faced, etc…. Was Co-opted …. and has for DECADES now, been used to assist OTHER Groups who feel Disenfranchised — resulting in the ONE GROUP who was SUPPOSED To get help — NOT GETTING THE HELP THEY NEEDED —–

We’re about 50 years IN of black people NOT REALLY getting the help we were SUPPOSED TO GET 50 years ago…… and all that attention, time, money, etc .. KEEPS Going to EVERY BODY BUT Black people…

Why is this so hard for people to grasp?

ADOS is not ‘against’ black people from other nations; ADOS, is saying this nation .. owes some things TO black people who are from here; and we’ll GET to everybody else; but can we stop CUTTIN in line please?

Can we have some Courtesy??? 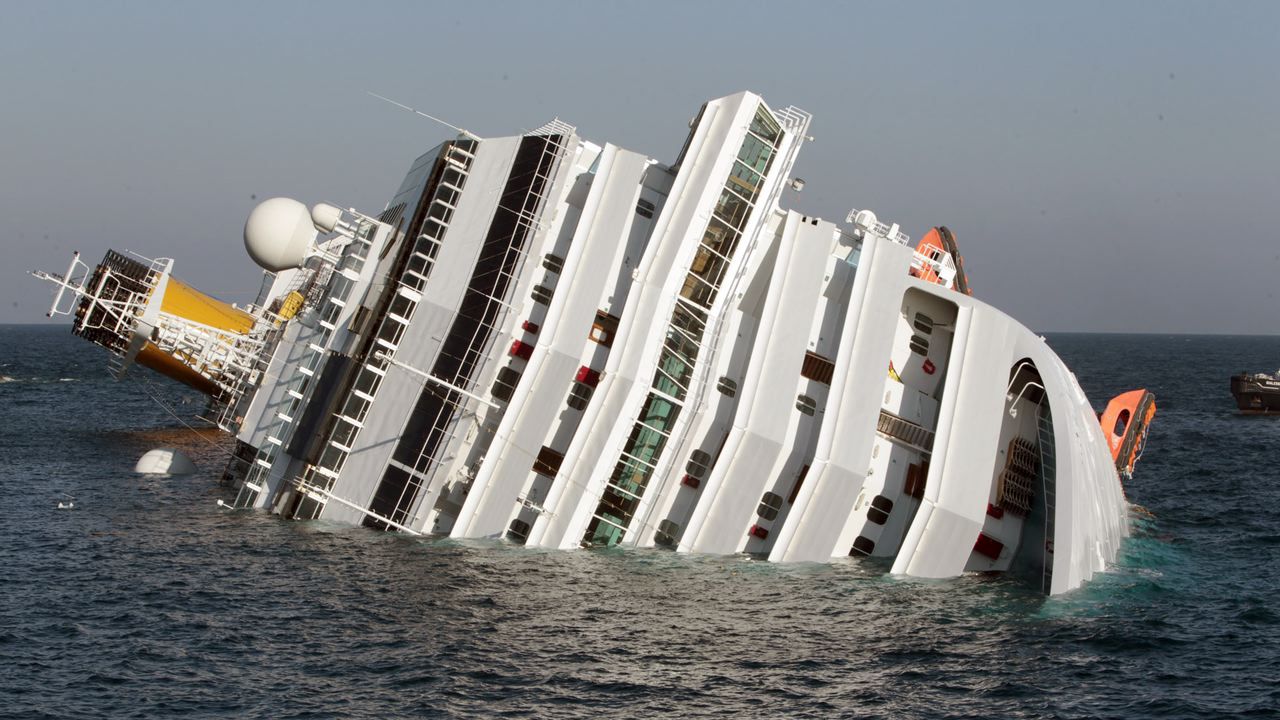 “Not fighting” … isn’t the answer; NOT fighting is how we ensure the boat tips over into the Sea….. however, we gotta make sure we fight the ‘right battles’ — black people (from here and abroad) ain’t got TIME to be fighting with one another (for the 1 millionth time this month) — that keeps us from helping Dems who … ‘might wanna fight’ but don’t have that spirit TO fight … from FIGHTING the fight . that needs to be fought;

… Roland Martin, has been attacking ADOS, and “new Black media” as well.

Here he is on the Breakfast Club, talking about several topics – including his affiliation with his Greek Fraternity, Alpha Phi Alpha. It’s one of those interviews that brings home my point. Democrats are soft, and yet, this man is a devout Democrat. I Believe that ADOS dare suggest black people not vote with the party he ‘likes’, pushed Roland over the edge. He makes a lot of great points when it comes to politics, that we must be in the rooms where decisions are made. But, that is because ………… none of these organizations, especially democratic ones, are PUSHING to include black people in these rooms.  He even talks about the ‘fear of black people’ that is deeply ingrained in America.  So much work has to be done, and we gotta get specific when dealing with these matters. Generalities, ‘for all/everybody’ agendas, will continue to leave black people out.

We have to think ‘beyond’ two parties. We have to PUSH these parties to address black issues.

He ‘should’ be aligned with ADOS, and supporting this platform; instead of what he’s doing …. smh

Charlegmane … the god … who has been very ‘on the line’ with several of these topics, also is speaking against reparations for black people. A very ‘soft’ position, refusing to upset, Massa. Below, a ‘tweet’ from Antonio Moore aka “Tone Talks“, one of the co-founders of this ADOS movement.

All of this is avoiding this woman @JoyAnnReid took her show @amjoyshow to smear the group #ados responsible for the first national stage discussion on reparation in generations https://t.co/QzhR6zltny She had ZERO evidence of Russian bots working directly with or for #ados

People forget, that the reason Martin Luther King, Jr. was killed, was over the Poor People’s Campaign. He said, We are coming to get our check! This is the torch he left for black people to pick up and carry forward. This nation owes black people, who descend from slaves a debt. We must ignore all who are ‘too soft’ to fight for what is right!

#ados “Now when we come to Washington in this campaign we’re coming to get our check.” MLK https://t.co/gIMQ5MAcdH pic.twitter.com/2wUXOoqwfQ