My Juneteenth thoughts that I originally shared on my social media, follows.

I’m still happy that Juneteenth is a holiday however; EVEN THOUGH I still do feel it should ONLY BE For Black People ::

I’m actually serious about that; it’s not Reparations; a day off for everybody, is still ‘nothing specifically for black people’ …. it’s not police reform …. but it is a day, that black people should have off, to celebrate our ancestors, for making it through the worst holocaust in known human history.

We should have that time, to celebrate … with our family members – or alone in meditation with our selves – whatever – … without others, who’s ancestors most likely held out on the ‘news’ for 2 years, to get that extra work off our people ….

and those of us who understand what ‘work’ encompassed; understand why I’m serious that this day should NOT be a ‘holiday’ for others ….

but, still glad, that it’s now a day many of us can gather if we so choose; because many of us were either already doing it, or looking for ways to do it, with work schedules and what not; one obstacle out the way; and yet, still NOT what our people need; nor our nation; It really should be a day, where non-black people are at work, thinking about the ‘value’ each of us bring TO That workplace; which in many cases (certainly not all) it’s what we do; some folks call it “Black Girl Magic” and of course I’m seeing that “Black Boy Magic” convo start to get going too –> because that’s what it is ……….

I watched #HighOnTheHog and it was one of the biggest takeaways … for me — just how influential we’ve always been to this nation; really and truly; and yet mf’s feel like it’s Beneath them to show us some mf appreciation …. to go to any lengths to make things right … as all this RELEVANT AS F*CK Talk about how the same people voting for Juneteenth, are against Critical Race Theory … aka teaching American history without all the ‘white washing’ –> even with this holiday, there is NO PRESSURE TO change …

NONE OF THIS makes ‘America’ Better …

Making America Better would mean, raising our GDP astronomically by empowering more people economically — as those stimulus checks everyone is making ‘lil jokes’ about, proved; for anybody paying attention; the moment those checks went out, that Crypto Market woke tf up …. was hibernating in that bear, sideways action … for a real minute …. UNTIL just a week ago ….

ok not a week ago; Mid 2020 … again; right as them first checks hit people’s pockets; a LOT of that money went into markets; some even made it to Wall Street ….

(Quick sidenote: as that forbes article points out, crypto had just rolled out all sorts of upgrades, that the space had been working on for 2 years. Timing is everything in business….)

Back to why Juneteenth should be for Black People Only …

……. As anyone who understands … basic Math …. should be able to understand; When they pumped more money into the people; people put more money back into the economy; ….. you heard about all that MONEY the Billionaires made during a Pandemic right?

Where tf you think that money came from???

You think that means they pulled a fast one on you? NO simple minded folk … let me explain; and I apologize for pointing out the simple mind; but it’s way too Prevalent right now; and its’ prevalence is problematic!!! ……… because it’s impacting Comprehension …. and that’s huge.

Billionaires money went UP … b/c they pumped money into the economy; WHILE people were at HOME … many, still able to ‘work from home’ – and ‘get paid while at home’ …. and guess what they were doing? Online Mf Shopping ………… and In person Costco Shopping too; stocking up for the end of the world …

and everybody who products were on the shelf … Made Money. 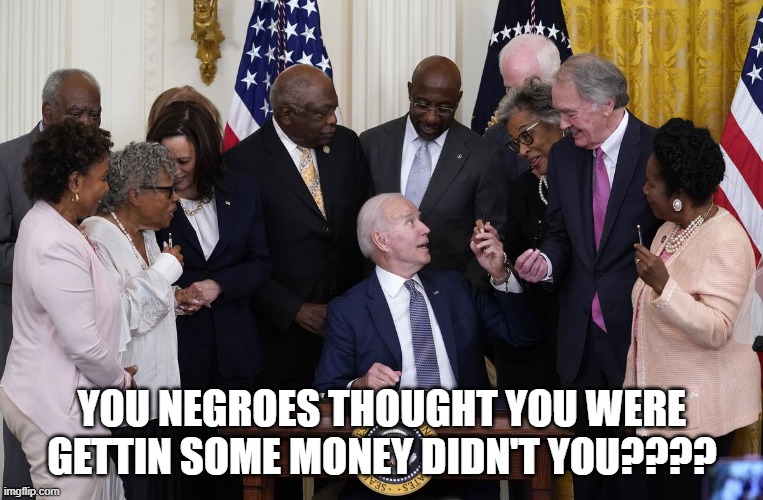 Y’all don’t be thinking about nothin.

Going out our way, to make sure people are healthy, and wealthy, will ONLY Produce MORE billionaires, more millionaires, and an overall better functioning system from TOP To bottom; which “includes” taking better care of our Homeless and Mentally Ill population;

WE … because, law of averages and shit … y’all simple minds outnumber ME and a small handful of others who get this part …. that … “WE” … don’t wanna build a better society. Most of what I’m talking about, is not interesting to the masses.  The masses are so against change. Especially the masses of non-black people.

We got some kinda dumb ass ‘mass group thought’ that has normalized a belief system, that better, really, is NOT possible; or within our grasp. or something we can actually Latch onto.

“WE” … are being dragged down, by the folks who don’t want to fly.