The History of Government Involvement in L.A. Gangs ….

To really understand CoInTelPro … is where it begins.

It’s a link between the distant past; and the present.

CoInTelPro never stopped; and if you understand why it was created; why it was put together; and what it did/does :: then you won’t be arguing with folks about the conspiracies;

You’ll understand the trauma that black people are going through; have gone through; and how it’s all ‘part of the plan (plantation), the experiment’ – the ongoing experiment; a ‘game’ where all outcomes are predictable; Controlled environments filled with Police to keep ‘certain people’ from advancing too far in society; Gunning down several to make black people ‘feel’ helpless;

Taking down success stories, to make black people ‘feel’ hopeless; Taunting black people with pull yourselves up! while lying, outright lying about all the forces that work constantly to pull black people down; …

Because … that’s what the fuck CoinTelpro was… and Is.

The more you understand about the plantation; the more you come to realize that we have never been free.

— I’ll give you the short version (which the documentary below, fair use copy, Bastards of The Party, explains:); Crips & Bloods ‘began’ as off-shoots of the Black Panther Party — BUT … CoinTelPro .. “infiltration of black political parities” — and also; the destruction of those organizations (echoes of #BlackWallStreet & #DenmarkVessey — repeating cycles; evolution of systems; they know what they are doing but … most of us don’t even realize it; because we are “born into it” … (why #TheMatrix is my favorite mf film; it’s not about computers – its’ about the actual system you and I live in; right now; “Created” literally by Old white Men in rooms some where that have “all seeing eyes” ….. )

— but digression; unfortunately our gangs (as we know them today) were ‘orchestrated’ and ‘created’ by others; at the government level –

Just as the Word Nigga was ‘created’ – the caricature created; Massa called our ancestors all typa niggas; and that’s why we call each other this word, to this day; It ‘became’ part of the culture; tradition; We dressed it up, and found ways to take pride in it; we argue over it to this day; and They keep arguing with us too; wanting to say it; wanting to disrespect; the taunting continues; The Trauma and stress it inflicts; black folks taking entire breaks on social media because of how they been coming at us; both on, and off of here; and that’s all ‘the plan’ on ‘the plantation’ – where CoIntelPro is in full effect;

They created and manipulated all of these situations in ‘the hood’ and in ‘the projects’ … (a science project) – and through politics, benign neglect, and Full on (CoInTelPro) Infiltration/Penetration (literally…. penetrated … raped, pillaged) …. shit happens where it “looks like it’s us (shout outs to #JordanPeele) but … “GetOut” … they’ve coopted So many of us; we been under attack; ain’t no ‘free’ by ourselves; the game isn’t designed that way; So unity, really is ‘key’ – going back to the origins is key; the ‘energy’ of gangs need to be redirected into positive energy; and those who pushing negatives, “need to be Viewed as Agents …. ”

Just like Agents in the Matrix; “agents of the gov’ of CoInTelPro work the same way; they look like everybody …. and being ‘woke’ means understanding that; truly – because how can you or I wake others if we ourselves are not awake?

… To understand the history of government involvement in L.A. gangs, watch this documentary, called “Bastards of The Party”

It’s a discussion on where the Bloods and Crips became some of the first targets of CoIntelPro, after taking out, the Black Panther Party.

Link to article on HBO Doc, “Bastards Of the Party” – (Bloods, Crips & the Black Panther Party)

But, like almost everything else black people attempt to do in America, the paths were corrupted. Converted from one destination, to another one. They (the government, via programs like cointelpro which recruit ‘agents’ to carry out their missions) –  continue to step in the way of any progress black people make.

So, when Nipsey The Great is murdered in front of his clothing store, this horrible incident becomes yet, another topic of debate.  The Agents, inserted into the system, make sure to steer the conversation in ways that make these discussions chaotic, and hard for black people to ‘agree’ on anything.

Was he killed because he was working on a documentary about Dr. Sebi? Or, was he murdered over some ignorant L.A. Gang shit? — Black people are in full arguments over this very topic, and I’m just here to say, why can’t it be both? Why can’t we understand just how involved our government actually is, and always Has been, in keeping ignorance going in our communities?

People are saying the shooter, now identified as “Eric Holder” (interesting name there right? Us?? Imitations?? duplications????) — folks say he just got out of a mental hospital. They say he was a snitch, and an informant (who by definition, is working with Law enforcement).

I’ve also heard, his father is a Sheriff. (unconfirmed though)

… So why is it ‘so crazy’ to believe this man was ‘controlled’ .. an ‘agent of the system’; a Manchurian candidate? 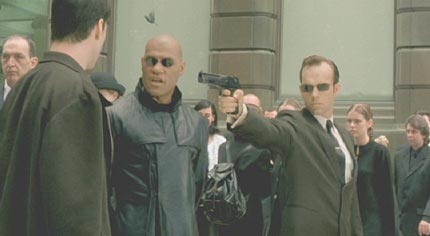 Literally, as we are still ‘on the plantation’; and this is very much part of the Plan.  You see, “it’s too far out there; far fetched; a reach” in the minds of too many black people. They say things like … “come on y’all, this is just regular L.A. street shit” … which I agree, it certainly looks like what I’m also used to seeing, growing up out here.

However … it’s all controlled and manipulated … in so many ways; and we can tell the plan is working, because of how many arguments are breaking out, over things black people should be able to all, understand. The government has always ‘allowed’ some black people in these gangs to thrive!  We’ve all seen Training Day; we know the story of Rick Ross and crack cocaine. They are very much involved with L.A. gangs, and always have been. The government operates at all levels within the black community – keeping black people at each others necks…..

because that’s what CoInTelPro has always been …. nothing new under this sun; whip still crackin.